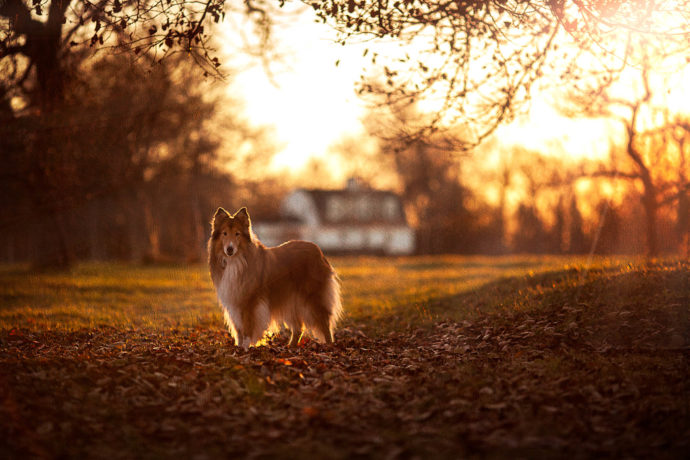 Each year as the air begins to turn cold and I must pull out my winter jacket, it never fails that I will find stale dog cookies in my pockets. Search my car and I can guarantee you’ll find bits of dog kibble throughout. I will even (shamefully) admit that during a recent dog training conference I was absolutely convinced and disgusted that the guy next to me smelled of rotten food. However, at the end of the day as I pulled my keys out of my purse, I discovered a bag full of old chopped up chicken that I had used to train my dogs a couple days prior, placed in my purse, and forgotten about. Oops!

The verdict is: I am a dog treat junkie. I have them everywhere, prepared for anything.

And I’m constantly recommending that every dog owner has a pocket full of dog treats as well. However, I find time and time again that people are chock full of too many excuses for not using treats. Their dogs will get fat. Their dogs will learn to beg. They don’t want to have to always carry treats with them. They want their dogs to do things because they asked them to, not because of food.

I understand the concerns, and I will gladly dive into each and every excuse later this week (for those of you who want to hear me rant even more.) However, for now I will keep this short and sweet and give you my blunt opinion.

When I take my two dogs anywhere, 90% of the time I have treats on me. I can confidently let them off the leash where it’s allowed, and know that they will come when they’re called. We could be walking past another dog, a squirrel could run by, or they could be indulging in something that I’d rather they didn’t eat. If I called, they’d come running, because they are always rewarded for it.

Of course, there’s that 10% when I don’t have treats on me. Last summer, my husband let our younger dog, Reese, out into the backyard in the evening without a leash and without treats. He wasn’t aware that about 30 feet away there was a skunk strolling across the yard, but Reese saw it and ran right up to it as if it were her best friend. My husband suddenly realized what was going on and called “Reese COME!” in a panic. Reese stopped in her tracks, turned around, and came running back to him; smelling just as fresh as she had before the adventure.

Reese came to my husband that evening because throughout her life she had learned that nearly every time we call her, she receives a treat. Over time, she became conditioned to respond to “Reese come!” because she had done it so often and had nearly always been rewarded for it. If Reese had only been 6 months old when she ran across a skunk in the yard, we likely would’ve ended up washing her in the bathtub that night. She wouldn’t have had enough time in her young life to become conditioned to respond to the command. But instead, she’s spent three years learning that if she comes when she’s called, she gets a treat. So it becomes automatic for her to obey us, even when there’s a very interesting, smelly new friend in her backyard.

I consider the command “come” as a life saving command. In Reese’s situation, it saved her from getting sprayed by a skunk. But in some situations, it can literally save your dog’s life. So if that’s the case, why not always have treats on you? At the least, it could save your dog from getting into trouble like Reese nearly did, or it could simply make your relationship with your dog a more trusting one; don’t we all want that? But in some cases, it could be a lot more than that, and getting your dog to listen to you could save his life.

When you take your dog out for a walk, what do you need? A leash. A poop bag. Perhaps a water bowl if you’ll be out for a while. So then, what’s the big deal about bringing along some treats? Get a treat pouch that attaches to your pants; you’ll look as stylish as me, and you won’t even need to use your hands to carry the treats! Reward your dog every time he is good by giving him a treat: when he comes when he’s called, when he looks at you instead of the dog across the street, when he’s walking nicely on the leash. The more you reward those behaviors, the more you’ll get them. And someday, I can guarantee that your habit of carrying those dog treats will come in handy.

So in the Great Cookie Debate, my vote is YES: all dog owners should carry treats with them. Not only will it create happier, more well behaved dogs, but it just might save lives as well. What’s your vote?