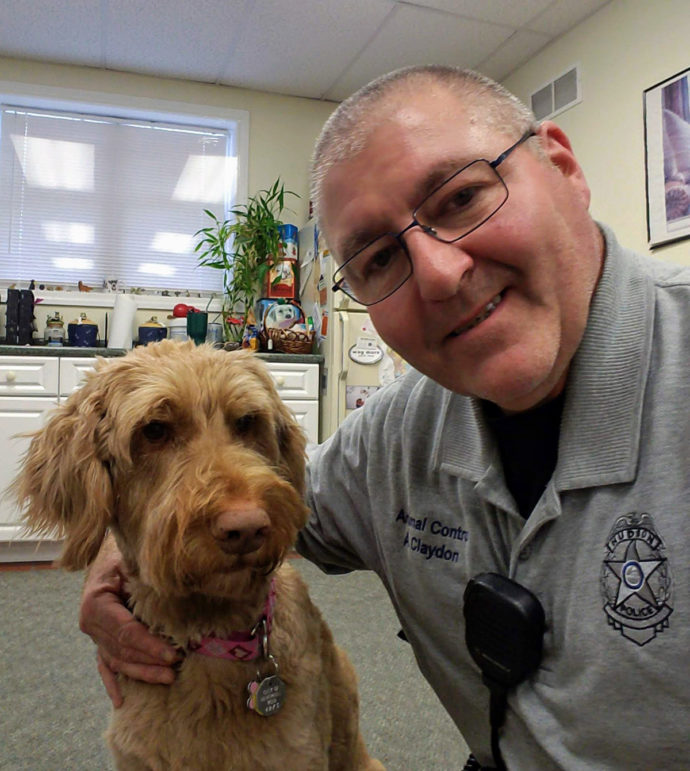 Andrew was born in the England and came to the United States in 2002, becoming an American Citizen in 2013. Andrew has been involved with the Salem Animal Rescue League since 2007 as a caregiver for dogs. Sirus, who he shares his picture with, is a former student here at Blue Dog where he received his Good Citizen Award! He also shares his home with two other dogs. Barney, a senior Rottie mix and Chico, a senior Chihuahua. Andrew and his wife Janice have fostered over 50 dogs since 2008 and found them their forever homes, many of them being Pittie mixes.

Andrew also works as a part time Animal Control Officer with a Police Department in New Hampshire consistently working with both domestic animals and wildlife. Andrew just loves to be around animals and BlueDog is the perfect place for him!