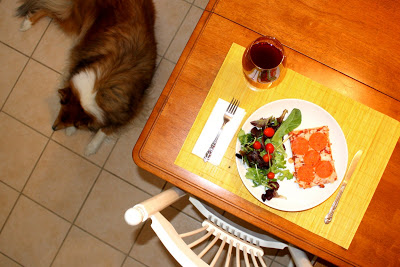 If there was a slot machine that never had a winner, would you play it? How about one that always had a winner? And what about those slot machines on which you occasionally win. Which would you pick? Sounds like an easy decision, right? Well our dogs certainly think so!

Occasionally, there comes a time when my two dogs, Elsa and Reese, get bored. So I always have a collection of interactive toys ready to be filled up with tasty kibble to keep them busy. And my clever dogs know that I have a tendency to rush when I’m filling up their toys, and occasionally I’ll drop a piece of kibble or two! So as I fill up their toys, they patiently watch the ground, ready to grab any piece that I may drop.

However, right next to them, as they desperately search the ground for dropped pieces of kibble, is the entire bin of food! Open and available. It would be too easy for them to just reach in and get mouthfuls of food! So why don’t they??

Well, it’s because dogs are gamblers! That’s the slot machine that never has a winner. I have never, ever allowed them to eat from the bin. So why would they even try? However, when I drop a piece of kibble, I allow them to pick it up. Ah ha, the occasional winning slot machine! Sometimes you win, sometimes you don’t…but it’s worth playing!

OK, here’s another example. Dinner time. As soon as my hubby, Chris, and I sit down to eat, Elsa and Reese take their places. Elsa lays on the mat against the door. Reese sprawls out on the kitchen floor. And they both fall fast asleep.

And the reason? It’s because we have never, ever fed them from the kitchen table. Ever! There’s that losing slot machine. Why play if you’ve never won? Why beg if you’ve never received food?

And no, I don’t have super dogs who just don’t care about table scraps. They love them. And better yet, Chris loves to spoil them. So every night we have a collection of scraps to give to our dogs. As soon as Chris stands up to put his dishes away, Elsa and Reese snap out of their slumber and rush over to him. Winner!!! That’s the slot machine from which they always get a reward!

OK, I’ll admit, sometimes it’s easier said than done. There’s plenty more for me to tell you about training your dog! But for now, let’s keep that slot machine in mind. Because we’re all living with four legged gamblers!