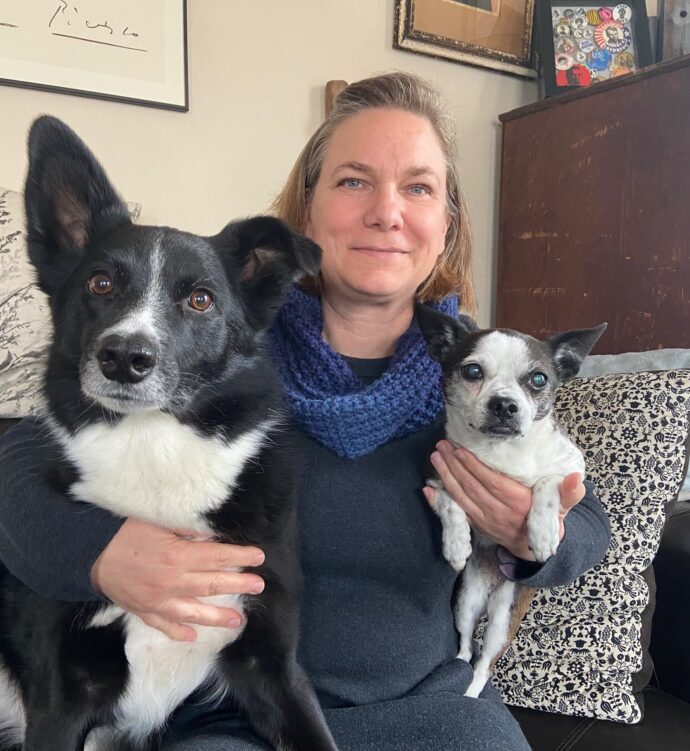 Christina is a certified professional dog trainer (CPDT-KA), who has been teaching classes since 2014. Christina grew up with Boxers, getting her first dog at the age of 9, who was with her until she left home for college. By 1992, shortly after getting married, she had talked her husband into their first dog together, a Boston Terrier named Max. Max soon became the unofficial mayor of Boston, charming people and dogs all over the city. But it wasn’t until 2007, after Max had passed and a little Boston Terrier-Chihuahua mix named Pippa came into their lives that Christina really became fascinated with dog behavior and training. Since then, Christina has used her love of research by reading and learning to study everything about animal behavior and training. Christina and Pippa began agility in 2011, and within a few years she was teaching beginner agility classes. She has competed and titled in agility, rally-obedience, TEAM, and AKC Trick Dog with her three dogs, Pippa, Diesel the Boxer, and Jax the rescue Border Collie mix.

Christina prides herself on using only the most up-to-date, scientifically-sound and ethical training methods. She is a professional member of the APDT and the IAABC. Her goal is to create a class environment that promotes learning and forges a strong bond between each dog and her handler. While training people and their dogs is Christina’ passion, she is also a lawyer who maintains her practice in Hamilton doing estate planning, business law, litigation, and workers’ compensation. She also counsels other dog trainers on growing their business. She lives with her husband, two sons, three dogs, and a Russian tortoise named Apollo.